Â£1 from every ticket sold between 1stÂ March – 30th April (for any show) on theatrebookings.com goes to the National Autistic Society.

These are just some of the symptoms associated with autism – a broad spectrum of disorders. Itâ€™s something that affects an estimated 1 in 100 people in the U.K, but itâ€™s not an epidemic. Autism is not caught or transferred between us, itâ€™s something weâ€™re born with.

Autism has been around for a long time, and itâ€™s something that has inevitably shaped human history. Some of the greatest minds were autistic, including Mozart and Einstein. Youâ€™ve probably heard about the man who recently recited pi to 22,514 decimal places. People with autism can achieve incredible thingsÂ but often require a little extra support.

The National Autistic Society promotes awareness of autism and offers a number of support services to over 100,000 people with autism each year. Currently they are campaigning to give every teacher autism training to help them identify and offer support to students on the autistic spectrum. Lend your support by signing the open letter or making a donation. If you or someone around you wants to talk about autism join their online community.

But what has autism got to do with theatre? The Curious Incident of the Dog in the Night-Time is a best-selling book by British author Mark Haddon about a boy with mild autism investigating the death of his neighbourâ€™s poodle. The novel takes the form of a written school assignment and gives genuine insight on an autistic mind.Â The book has been adapted for the stage to critical acclaim.

Weâ€™d like to offer you the chance to get your hands on a pair of free tickets to see the multimedia production on World Autism Awareness Day on 2nd April at the Gielgud Theatre in London. 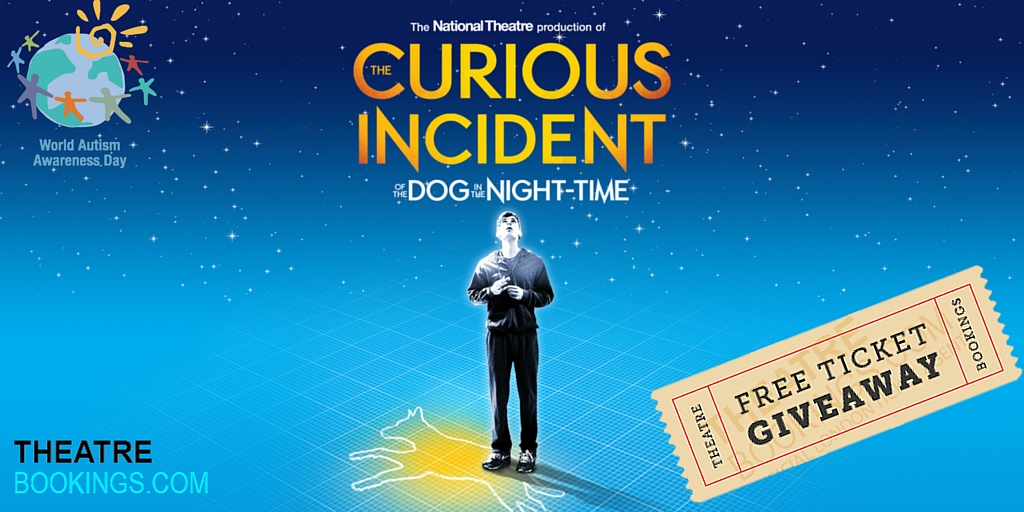 Find out how you can win.